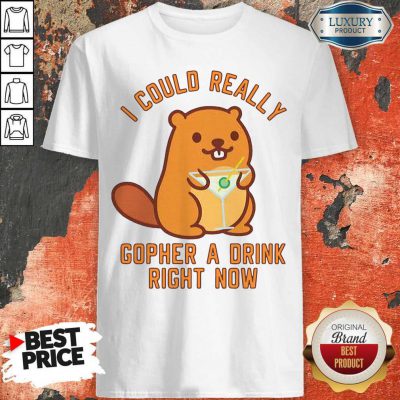 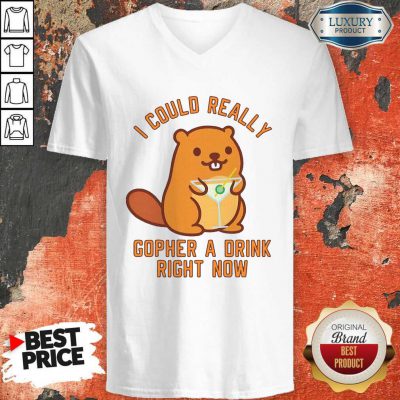 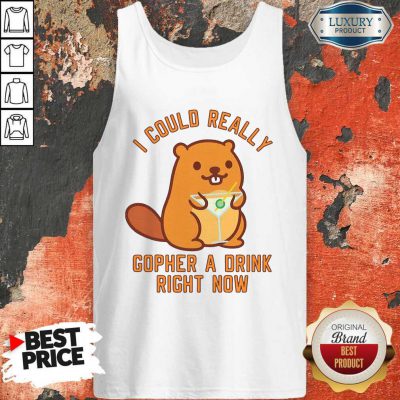 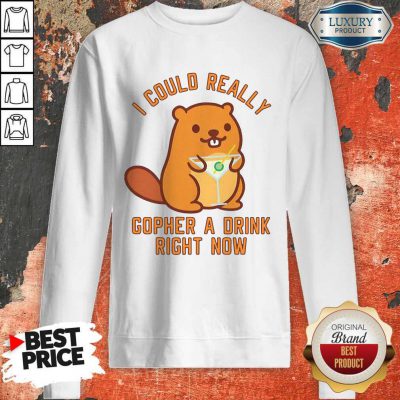 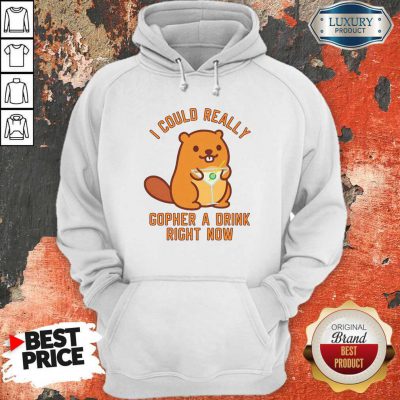 I Could Really Gopher A Drink Right Now Shirt

Too bad the warlock’s familiar is actually an I Could Really Gopher A Drink Right Now Shirt Druid on the run. He won’t wild shape out of groundhog form because that’s when they will find him. Who are they and what do they want with the wild shaped Druid? That’s the levels 5-7 story arc. We can go full Ladyhawke with this. The female warlock has her familiar a Druid force to be a groundhog during the day while they switched at night with her being a hummingbird. All the while they hunt down the one who cursed them. I mean it’s not impossible that they just sneak off whenever their wild shape is about to run off!

That’d be a funny little catch. The quest giver is the I Could Really Gopher A Drink Right Now Shirt people after the Druid on the run. They are sent out to track them down. Not realizing the Druid is with them the whole time. If the party decides to side with the undesirables then the Druid becomes the BBEG. If they decide to stick with the Druid the quest giver becomes the BBEG. I just realized it may be a good idea to structure my story arcs on levels. Like I have the idea but I just needed that organizational push and I think this will help level up my storytelling.